Go Back and Look Again

Believe it or not, a flourishing yoga studio does not just spring into existence overnight. It takes time and care, some trial and error, and a bit of improvisation. Before I opened my studio, I heard lots of comments from other studio owners along the lines of, "you just have to get through the first three years" or "I've had my studio for five years and now I know what I'm doing."

These comments are both reassuring and alarming. I like it better when I know what I'm doing, but at least I'm in good company when I feel like I'm just winging it!

I did my best to plan ahead. I put together a 34-page official business plan, which the loan officer at the bank said was the best he'd ever seen and that I "should give other people lessons on how to do this!" I did the mission statement, the statement of purpose, the projected financials, and the market demographics. I did my homework.

Then I signed the lease, and everything went out the window. I signed my lease on June 16th of last year, we started demolition on the 17th, and we had our first class on August 17th. For a full-service Bikram studio, that has got to be the fastest build-out in history! The best-case scenario I'd ever heard was an 8-week buildout, the worst-case was 4-5 months. Our build-out was 95% complete after only 6 weeks, and then at that point I was begging friends for rides to Ikea, spending entire days assembling furniture, running to the hardware store 5 times a day, and crying in the laundry room. Everything came together beautifully in the end, but it happened much faster than I expected!

Once the studio is open, you enter a whole new phase, which is actually running the damn thing! Which initially, I did mostly on my own - there were a couple of weeks when I had to teach 12-14 classes a week AND do the laundry, clean the mirrors, and pick up every single piece of lint off the floor (because God forbid that someone should lie down on their mat in savasana and see a little piece of towel lint on the floor next to them).

Of course now I have staff, and life is easier, but it doesn't seem to have slowed down very much. I can write more later about the process of operating the studio, but to make a long story short, the past year has been maybe 50% according to plan and 50% just playing it by ear.

Then last month, right on schedule, the summer slow-down hit. And boy did it hit HARD. I mean, the place just cleaned out. So I started to get a little anxious about things like "cash flow" and "paying rent" and decided to seek help from a specialist - namely, from the Rhode Island Small Business Development Center, which very graciously provides free counseling to local small business owners.

I had my first meeting with my business advisor last week, and it went something like this:

Him: "I'm surprised to hear you say you need help with marketing, because I did research on you and looked at your website and everything looks very good!"

Me: "Thanks, but this is slow season for us and I want to get better at managing my cash flow for next year."

Me: "Oh yes! I did write a business plan! I did that already!"

Him: "You need to update it. You are also a perfect candidate for writing.... a mission statement!"

Soooooo, I got some homework to do. Apparently you're NOT supposed to just write a business plan, give a copy to the bank, stuff it into a drawer, and say "thank god that's over." You have to KEEP updating that shit, like, all the time! Bad news for me, since business writing is not my favorite chore and mostly makes me want to stab myself with a fork.

I pulled out my old business plans and mission statements, and right away I found out that they were badly in need of updating. I found an old mission statement worksheet that said, "Our target market is the population of East Greenwich and southern Rhode Island." My actual studio is in a completely different part of the state. And it turns out that "averaging out" rent and utilities is fine for back-of-the-envelope calculations, but it is NOT a great way to predict your monthly expenses, since fees and utilities over the winter can fluctuate by over 100%.

Turns out that revisiting the business plan was an excellent suggestion, even though I was a little resistant and would rather do a third set of triangle pose. Now that I have the numbers and data from my first year of business, I can use that information to make more realistic predictions for the next few years. And now that I've been behind the wheel for a while, I have a much better idea of where the studio is headed. I did the best I could last year with the time and information that I have, but now I can do much better.

So this is a post about revising and growing - about updating or getting rid of old ideas or attitudes that aren't working for you anymore. Just because you made a good plan, that doesn't mean it's going to work for you forever. You have to go back and look again. What's still working for you and what's not? Which ideas still serve you, and which ones don't? Which of your habits are helpful, and which ones do you want to change?

You're constantly evolving - mentally and physically - and so is the world around you. Something that worked perfectly for you a few years ago might be holding you back today. Something that you absolutely hated doing in the past might have the answer that you've been looking for. It doesn't mean that you were wrong or bad or you made a mistake - it just means that you're changing. Hooray! You're a human! Change is good!

I just keep learning that it's ok to go back to basics and start from scratch. Practice makes perfect, right? So you'll never do something perfectly on your first try, no matter how good you are! Nothing wrong with that. Practice, practice, practice. You can always do better the second time around, if you just give yourself the chance to try again.

Now if you'll excuse me, I've got a class to teach and a studio to run!

With love,
Juliana
Posted by thedancingj at 1:06 PM 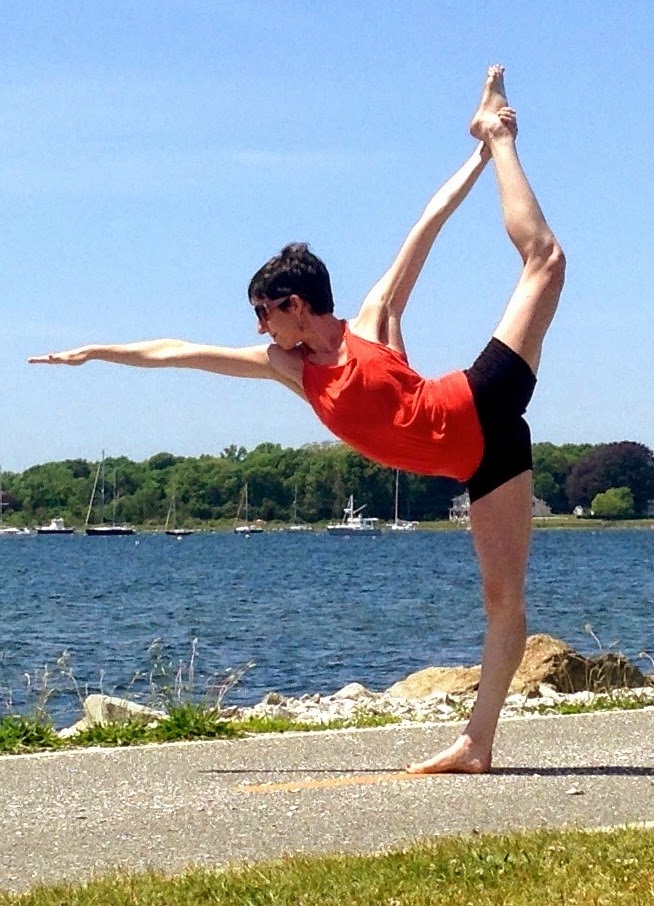